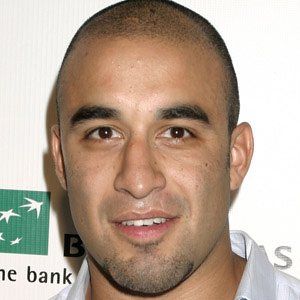 All-Star NHL center who won Stanley Cup Championships with the New Jersey Devils in 2000 and 2003.

He was selected with the 27th overall pick by the New Jersey Devils in the 1998 NHL Entry Draft.

After his time with the Devils, he played for the New York Rangers from 2007 to 2009, then spent three years with the Montreal Canadiens before signing with the San Jose Sharks in January, 2013 and Florida Panthers in July, 2013.

He was born to Carlos and Dalia Gomez.

Scott Gomez Is A Member Of