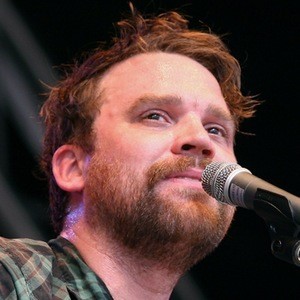 Scottish guitarist, singer/songwriter, and artist who gained fame as one of the founding members and primary songwriter of the indie rock band Frightened Rabbit. He tragically passed away in May 2018.

He studied illustration at the Glasgow School of Art before forming Frightened Rabbit.

He had also worked as a member of the musical collective The Fruit Tree Foundation.

His brother Grant was his bandmate in Frightened Rabbit.

He was heavily influenced by Ryan Adams and Jeff Tweedy.

Scott Hutchison Is A Member Of