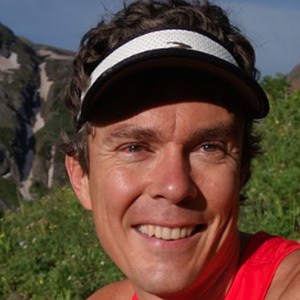 Decorated runner whose considered to be the one of best ultramarathon runners in the world. He's taken first place in multiple prestigious races several times over and has had a career that's spanned over two decades without waning. He's the author of Eat & Run, an autobiography that also explores the influence a plant-based diet has had on his life and North, a memoir about his experiences running the Appalachian Trail.

He's originally from Minnesota and grew up spending much of his time outdoors. He started distance running in high school and he placed in his first ultramarathon in 1994 at the age of 21.

He's also a public speaker and uses his platform to inspire others to following in his footsteps -- he's said repeatedly that he believes anyone can run an ultramarathon.

He's had two children with wife Jenny and they've lived in Boulder, Colorado.

Scott Jurek Is A Member Of