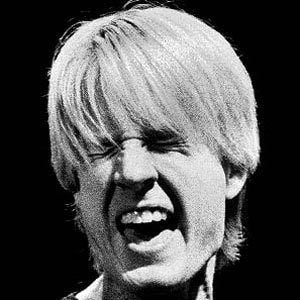 Singer best known as a member of the a capella band Rockapella. The band served as the band for the PBS show Where in the World Is Carmen Sandiego?

He studied at the University of Tampa on a baseball scholarship.

He has children named Jesse and Natalie with his wife Lisa.

He has performed with Sean Altman as a member of Rockapella.

Scott Leonard Is A Member Of