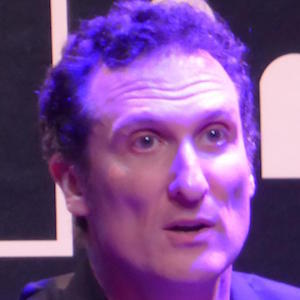 Founder of the modern a cappella movement with his group Rockapella and their performance on Where in the World is Carmen Sandiego?

He and several of his classmates from Brown University formed Rockapella shortly after graduation; their appearances on TV were noticed by producers of Carmen Sandiego, and the group became a permanent part of the show.

In addition to his a cappella work, he also released several comedy albums and formed a comedy song act, Jewmongous.

He married Inna Dukach, an opera singer; the two had a daughter in 2008.

Lynne Thigpen was also on Carmen Sandiego as the voice of the all-knowing Chief.

Sean Altman Is A Member Of