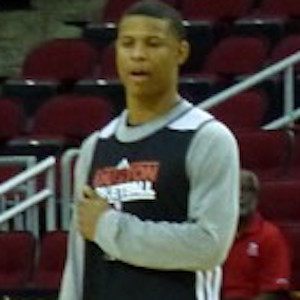 Former NBA point guard who spent time with the Houston Rockets and Golden State Warriors in 2012 and 2013. He then signed with ASVEL Basket and revived his career overseas.

He's represented Brazil internationally. As a senior in college, he was a finalist for the Wooden and Bob Cousy Awards.

He was born to Luiz and Solenir Machado, whose Brazilian nationality allowed him to play for the country.

His first name is actually Michael, but after watching Michael Jordan beat the Knicks (his favorite team) year after year while growing up, he started going by Scott.

Scott Machado Is A Member Of