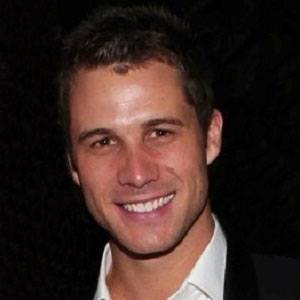 Model and television actor best known for his portrayal of Detective Mark Brennan in the soap opera Neighbours. He has also hosted shows such as FOX's Blood, Sweat and Gears.

His modeling career got started in 2005 on the Nine Network's Temptation; he has also modeled for Men's Health Australia, Cleo and DNA, among others.

In 2006, he was registered as part of Cleo's Bachelor of the Year contest; he later became one of the 50 finalists in the 2011 contest.

He was in a relationship with Temptation co-model Chelsea Butler from 2005 to 2011. He is married to Bianka Voigt in 2016, and they have two children together.

He appeared in an episode of Winners & Losers, starring Blair McDonough.

Scott McGregor Is A Member Of