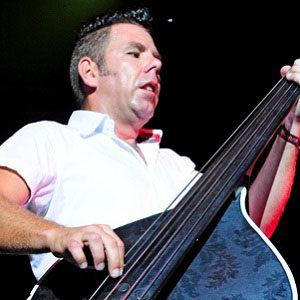 Known best as the double bassist for the Melbourne-based punk-psychobilly band The Living End, Owen doubled as one of the group's songwriters, penning "I Want a Day," "Flood The Sky," and several other tracks.

In his late teens, hoping to perform rockabilly music with his close friend (and future Living End bandmate) Chris Cheney, Owen began teaching himself how to play the double bass.

His on-stage stunts, which included standing on top of his bass and playing the instrument at odd angles, were popular among fans of The Living End.

He was born and raised in Melbourne, Victoria, Australia. His marriage to Emilie Owen produced children named Ginger and Harvey.

He contributed to singer Paul Kelly's single "Song Of The Old Rake."

Scott Owen Is A Member Of