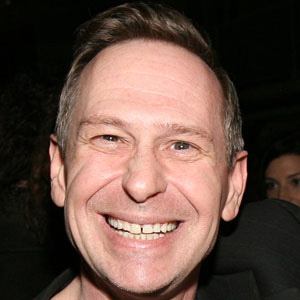 Canadian actor who is known for being a member of the popular comedy troupe, The Kids in the Hall.

He studied at Brampton Centennial Secondary School and attended York University before joining the comedy troupe, The Love Cats.

He was diagnosed with B-cell non-Hodgkins gastric lymphoma in 2009 and after rounds of chemotherapy and radiation, he became cancer-free.

He is openly gay and grew up the oldest in his family with three younger brothers, Craig, Derek and Dean.

He met Mark McKinney after joining the comedy troupe, The Love Cats, and went on to act with him in The Kids in the Hall.

Scott Thompson Is A Member Of