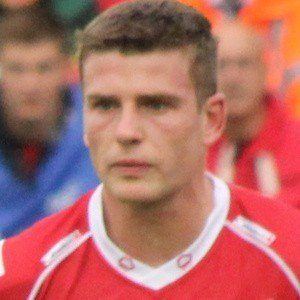 Rugby centre who is best known for his time with the Scarlets club. He joined the Welsh Rugby Union club in 2009, and has gone on to play in over 80 contests for the team.

He attended university at Coleg Sir Gâr in Wales. He began his international playing career on the Wales U-16 team in 2006-2007.

He made his Wales senior team international debut against the British Barbarians club on June 4, 2011. In 2012, he played an integral role in leading Wales to the Grand Slam European championship.

He was born and raised in Carmarthen, Wales. He is a fluent Welsh speaker.

He has played alongside Ken Owens, who has served as the captain of the team, on the Scarlets.

Scott Williams Is A Member Of