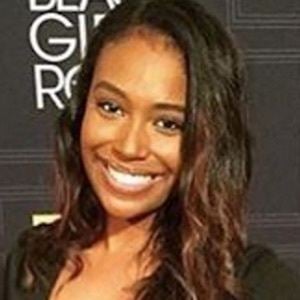 Radio host and digital producer of Hot 97's morning radio show Ebro in the Morning. She has also covered music industry events as an online reporter and has hosted BET's Music Matters and Hot 97 online.

She received career advice from radio host Ebro Darden, whom she has considered a father figure.

She has claimed that she only gets two hours of sleep a night.

Her mother, Shaila Scott, has worked as a radio host on Hot 97's sister station WBLS.

She has worked as the digital producer for the Ebro in the Morning radio show that features host Peter Rosenberg.

Scottie Beam Is A Member Of