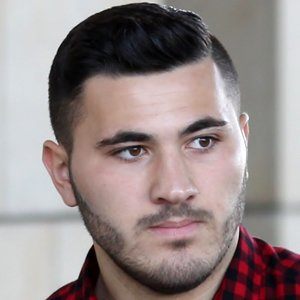 Left back who is widely known for his career with the German Bundesliga club Schalke 04. He has gained renown for his physical and cunning style of play as a starting left full-back.

He began his youth soccer career in 2011 as a member of Karlsruher SC. He first played for Schalke 04's youth team in 2011.

In 2013, he made his international debut for Bosnia and Herzegovina's senior team, with whom he played at the 2014 FIFA World Cup. During the 2017 off-season, he was highly coveted by English Premier League club Arsenal.

His parents are of Bosnian descent.

He has played for Schalke 04 alongside fellow defenseman and team captain Benedikt Howedes.

Sead Kolasinac Is A Member Of