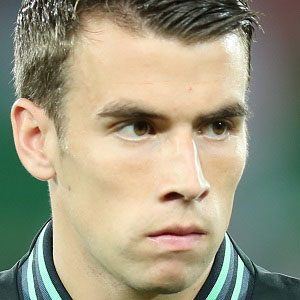 2011 Nations Cup winner and 2009 and 2010 FAI Under 21 International Player of the Year who spent most of his career with Everton. He began playing for the Republic of Ireland National Team in 2011.

Started as a Gaelic footballer who played on the local Irish team Na Cealla Beaga.

He was a 2011 PFA Young Player of the Year Award nominee.

He has two brothers named Francis and Stevie. He married Rachel Cunningham in 2015. The couple welcomed a daughter named Lilly in 2016.

He is an Irish athlete just like professional golfer Rory Mcilroy.

Seamus Coleman Is A Member Of