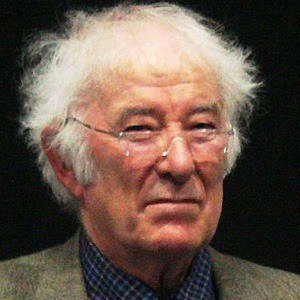 Northern Irish-born author and poet who won the 1995 Nobel Prize in Literature. His best known works include Death of a Naturalist (1966), a modern translation of Beowulf (1999), and Field Work (1979).

He earned a scholarship to St. Columb's College at the age of twelve, and he went on to study English at Queen's University, Belfast. He published his first poems in 1962, at the age of twenty-three.

He published thirteen poetry collections between 1966 and 2010.

He was one of nine children born to Patrick Heaney and Margaret Kathleen McCann. Later, he had two sons of his own with his wife, Marie Heaney.

Seamus Heaney Is A Member Of