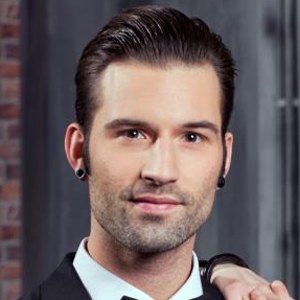 Musician and VJ who originally came to fame as the drummer for the pop punk band Nailpin. In the mid-2000's, he began hosting shows for TMF, JIM and 2BE, including The Voice van Vlaanderen and The Ultimate Dance Battle.

In 2014, he began singing for the band Manoeuvres.

He was briefly married to An Lemmens, his co-presenter on The Voice van Vlaanderen.

He appeared alongside Dan Karaty on The Ultimate Dance Battle.

Sean Dhondt Is A Member Of