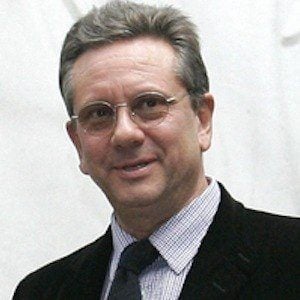 Producer and director widely known for his work on feature films like Iron Weed, Blood In, Blood Out, and Inchon. He also created the Audrey Hepburn Children's' Fund and was a founding member of the American Cinema Awards.

His filmmaking career began in 1981 as a production assistant on Inchon.

In 1999, he released the book Audrey Hepburn: An Elegant Spirit about his mother's life.

The son of filmmaking legends Mel Ferrer and Audrey Hepburn, he has five siblings, Luca, Christopher, Pepa, Mela, and Mark. He married his wife Karin in 2014 and he has three children.

He is the godson of Scottish author AJ Cronin.

Sean Hepburn Ferrer Is A Member Of