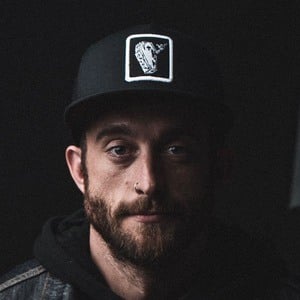 Journalist known for specializing in motorcycles and for writing for Cycle World, RideApart, and for being an editor at Lanesplitter. He shares photos of the different bikes and vehicles he both rides and writes about to his Instagram for his over 60,000 followers.

He taught special-ed classes in middle school for nine years before becoming a full time motorcycle journalist. He began writing for Hell For Leather, later RideApart, before moving to Jalopnik's Lanesplitter and eventually Cycle World Magazine.

Beyond his full time writing jobs, he has been published in several national publications including Popular Mechanics, Maxim, and WIRED.

He was born and raised in California. He posted a picture of his mother riding a Kawasaki bike to his Instagram in December of 2016.

He met Justin Chatwin at the World Superbike Race in Monterey and later they formed the bike gang Jesse and the Rippers.

Sean MacDonald Is A Member Of