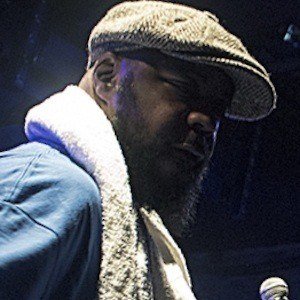 Rapper known as Ruckus who was part of the hip hop groups Boot Camp Clik and Random Axe. He first entered the public arena as one half of the rap duo Heltah Skeltah.

He released his first album with Heltah Skeltah in 1996.

He had a daughter also named Sean with his wife Bernadette Price, whom he married in 2015.

He collaborated with William Braunstein, also known as Ill Bill, on an album named The Pill.

Sean Price Is A Member Of