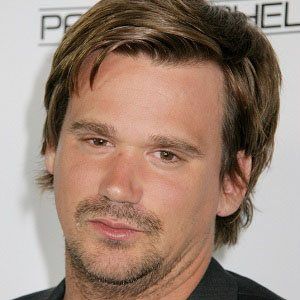 Reality personality notable for his appearances on the television shows Sons of Hollywood and Celebrity Rehab with Dr. Drew. He is famous as the child of American model and actress Alana Collins and English rock singer Rod Stewart.

During his rise to reality television fame, he was featured on episodes of The Tyra Banks Show and Dr. Phil.

A singer and songwriter as well as a reality star and famous family member, Sean Stewart penned the Sons of Hollywood theme song "In Crowd."

He is the brother of fashion designer and model Kimberly Stewart and the half-sibling of songwriter and actor Ashley Hamilton.

In 2013, he began a relationship with business executive and television personality Adrienne Maloof.

Sean Stewart Is A Member Of