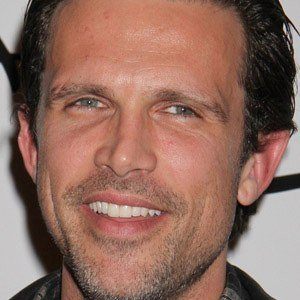 American actor who has appeared in multiple film and television productions and is known for his high-profile personal relationships.

He starred in the film Beethoven's 2nd.

He was briefly engaged to Claudi Hero, a model who later married Joe Pesci.

He was born to actors George Hamilton and Alana Stewart. His former stepfather is singer Rod Stewart. He was married to actress Angie Everhart for a few months before they divorced.

Two weeks after they met, he married actress Shannen Doherty. After five months of marriage they filed for divorce.

Ashley Hamilton Is A Member Of