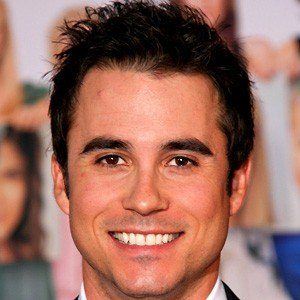 In 2000, he has one of his first roles on the television show Touched By an Angel in the role of Zack Collier.

He has also appeared in many films including in the role of Charlie Mason in the 2010 film, You Again.

He was born to his family in Las Vegas, Nevada.

He co-starred with Kristen Bell in the 2010 film You Again.

Sean Wing Is A Member Of