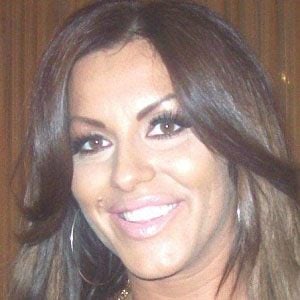 Pop, techno, and turbo-folk singer whose albums include Balkan, Kraljica, and Lom. She rose to fame in Serbia during the first decade of the 21st Century.

She was born in Bosnia and Herzegovina to a family of mixed Bosniak and Serb heritage. In the years following The Bosnian War, she had difficulty securing performance opportunities as a result of her family's background.

She married second husband Veljko Piljikic in 2010. The couple has one child.

She and fellow Yugoslavian-born singer Jelena Karleusa both had successful careers as pop and turbo-folk artists.

Seka Aleksic Is A Member Of