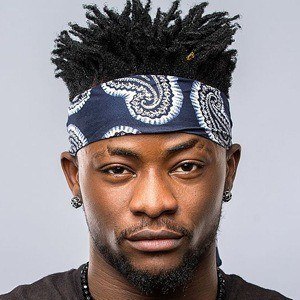 Nigerian singer who has become famous for his many afropop and R&B hits, including "Yoyo," "Lose Control" and "No Letting Go." He is also known for his many appearances on tracks by artists like Iyanya and Yemi Alade.

He hails from Oranto Village, Nigeria. He began recording songs in his father's studio at age 7.

He is a producer who has lent his talents to songs like Iyanya's "Mr Oreo" and Bracket's "Iyeri."

His real name is Udoka Chigozie Oku. He is the seventh of twelve children born to his parents. One of his siblings is director Okechukwu Oku.

He appeared with singer Tekno Miles on the songs "Say Yeah" and "Mama Oyoyo."

Selebobo Is A Member Of