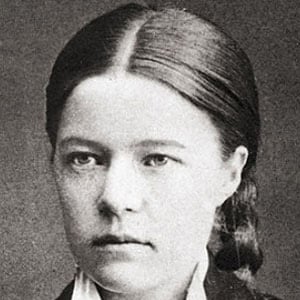 A Swedish author and recipient of the Nobel Prize in Literature, she is best known for her Wonderful Adventures of Nils book series. Her other literary works include The Changeling, The Outcast, and numerous other novels, short stories, plays, and memoirs.

She taught at a girls' school in her native Sweden during the 1880s and 1890s. She published her first novel, The Story of Gösta Berling, in 1891.

In 1909, she became the first woman to receive the Nobel Prize in Literature.

She was the fourth child born to Erik and Louise Lagerlöf. In the mid-1890s she fell in love with fellow writer, Sophie Elkan.

Her fantastical novels stood in stark contrast to the realistic work of contemporaries like August Strindberg.

Selma Lagerlof Is A Member Of