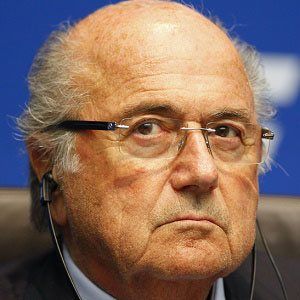 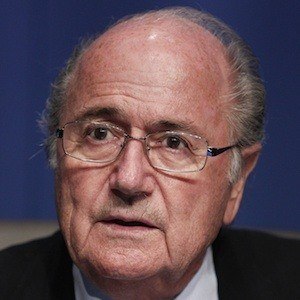 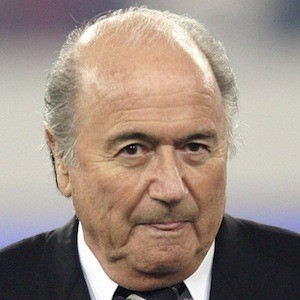 Swiss soccer administrator who began serving as the eighth President of FIFA in 1998. Though his time as President was marked by controversy, he was re-elected multiple times and has received several prestigious honors, including the American Global Award for Peace and International Humanitarian of the Year award. He was removed form his position in 2016 and suspended from all FIFA activity for six years.

He earned a degree in Business and Economics from the University of Lausanne in 1959. He later became the General Secretary of the Swiss Ice Hockey Federation and helped to organize the 1972 and 1976 Olympic Games.

He drew criticism after interrupting what was supposed to be one minute of silence for former South African President Nelson Mandela after just eleven seconds during a 2014 FIFA World Cup seeding match.

He has been married several times and has a daughter named Corinne.

He received an honorary diploma from the President of Azerbaijan, Ilham Aliyev.

Sepp Blatter Is A Member Of