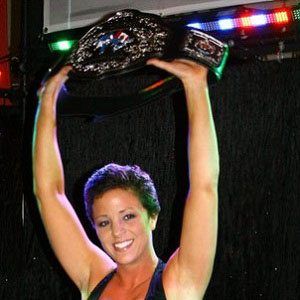 Accomplished professional wrestler who has performed with World Wrestling Entertainment and Ohio Valley Wrestling. For the latter she has won numerous titles including the title of a Women's Champion six times.

She grew up loving wrestling since she was about 11 years-old but she had a strong passion for football. She debuted in March of 2005.

She had signature moves called the belly to belly suplex and the monkey flip.

She was born in Fairfax, Virginia; she has also lived in Tampa, Florida and Los Angeles, California.

She has trained with several wrestlers including Al Snow.

Serena Deeb Is A Member Of