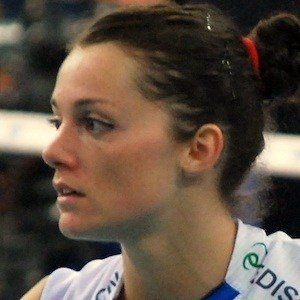 Italian opposite hitter who won a World Grand Champions Cup, World Cup, and two European Championships during her international career from 2004-2012. She was named MVP of the 2008–2009 CEV Indesit Champions League.

She played for Italy at the 2008 Olympic Games and has played domestically with the likes of Bergamo, Busto Arsizio, and Casalmaggiore.

She grew up in Ravenna, Italy.

She was teammates with Martina Guiggi at the 2008 Olympics.

Serena Ortolani Is A Member Of