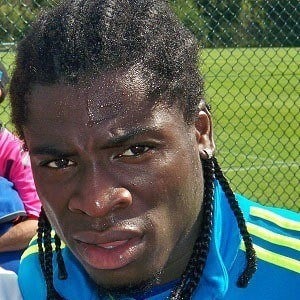 Ivorian right back who played for Ivory Coast at the 2014 FIFA World Cup and led the team to victory at the 2015 Africa Cup of Nations. He spent four years with Lens before signing with Toulouse and won the Trophee des Champions title while on loan to Paris Saint-Germain in 2014.

He moved from Ivory Coast to France as a young boy. He played youth soccer for Villepint and Lens before making his first-team debut with Lens in 2009.

He was named as the second best player African player in Ligue 1 following the 2013-14 season.

He has a younger brother named Christopher who has also played for Lens.

He won the 2015 Africa Cup of Nations with the help of Ivorian goalkeeper Boubacar Barry.

Serge Aurier Is A Member Of