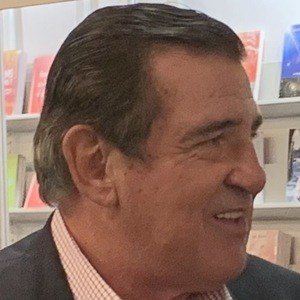 Defenseman who spent the majority of his career as a member of the incredible Montreal Canadiens teams in the late 1960s through the 1970s that racked up eight Stanley Cup Championships.

He grew through the Montreal Canadians system, playing minor league hockey for the team before making his professional debut in 1966.

He won the Conn Smythe Trophy in 1969, the first defenseman to do so, and was a Hall of Fame inductee in 1986.

He was born in Montreal, Quebec, Canada and earned the nickname The Senator.

He was a longtime defenseman in the National Hockey League like Ed Jovanovski.

Serge Savard Is A Member Of