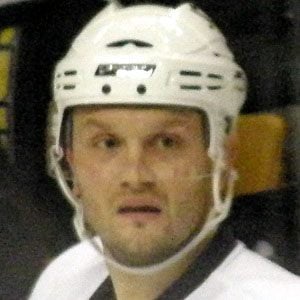 Finnesse Russian defender who emerged as a star for the Washington Capitals in the early 2000s, then went on to win a Stanley Cup Championship with the Pittsburgh Penguins in 2009. He also won a silver medal with Team Russia at the 1998 Olympics and a bronze medal with the team at the 2002 games.

During his time in Washington, he was one of the league's premier offensive defenders, netting a career-high 26 goals in 2001-02 and dishing out a personal best 49 assists in 2002-03.

He signed with the Penguins in 2005 and became teammates with star center Sidney Crosby, who captained the Penguins' Stanley Cup team in 2009.

Sergei Gonchar Is A Member Of