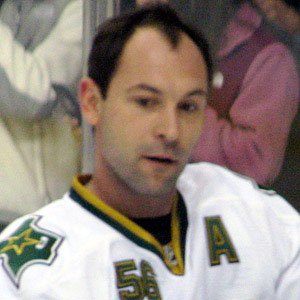 Offensive-minded defenseman who helped lead two different teams to the Stanley Cups in the 1990s: the New York Rangers in 1994 and the Dallas Stars in 1999.

He was never a flashy player, with just three All-Star appearances, but he was always dependable in the defensive zone.

He grew up in Moscow, Russia.

He, Alexei Kovalev, and Sergei Nemchinov were the first Russians to have their names engraved on the Stanley Cup.

Sergei Zubov Is A Member Of