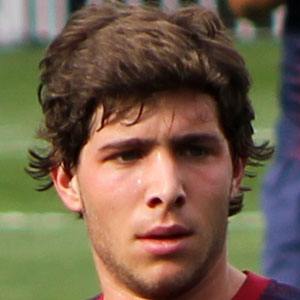 Midfielder who debuted professionally in 2009 for Barcelona B and later signed with Barcelona in 2010. He made his first senior international appearance for Catalonia in 2011.

He played for several of Spain's youth national teams prior to debuting for Catalonia.

He got engaged to Instagram model Coral Simanovich in 2017. They tied the knot in May of 2018.

He made his first UEFA Champions League appearance as a substitute for striker David Villa.

Sergi Roberto Is A Member Of