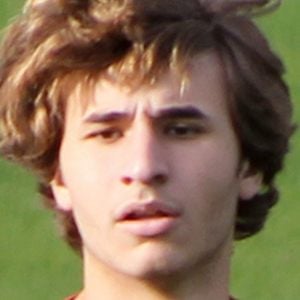 He joined the FC Barcelona youth training group at the age of six. Beginning his youth career in 2001, he eventually started his senior career in 2013 as a player for Barcelona's B squad. In 2014, he was moved up to the Barcelona club and in 2015 made his debut on the Catalonia national team.

He has received several honors and awards for his playing including the La Liga tournament in the 2015 season, the Copa del Rey in the 2014 season, and the FIFA Club World Cup in 2015.

He was born and raised in Barcelona, Spain and his older brother Jordi is a professional tennis player.

Other players known for their work on the Catalonia national team include Jordi Masip López, Marc Muniesa, and Isaac Cuenca.

Sergi Samper Is A Member Of