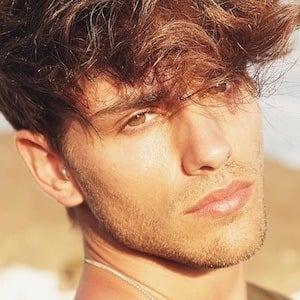 Represented internationally by various modeling agencies, such as Sight Management in Spain, Angels and Demons in Paris, NY Model Management, and Next Models in London, he has shot editorials for magazines that include Fiasco Homme, EY! Magateen, Adon, and more.

He was signed by his mother agency, Sight Management, in 2012.

He also enjoys the opposite end of the camera as a photographer.

He was born in Tarragona, Spain. In 2015, he began dating Spanish gymnast Natalia García Timofeeva.

He is a Spanish male model like River Viiperi.

Sergio Carvajal Is A Member Of