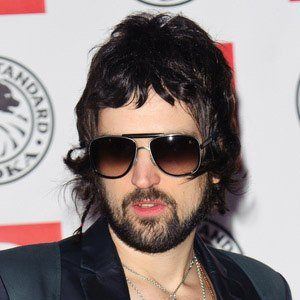 Guitarist with the British rock band Kasabian who is one-half of Loose Tapestries with Noel Fielding.

His childhood dream was to be a soccer star, but when his father said no, he decided become a rock 'n' roll musician.

He went on the British TV show Soccer A.M., scoring an incredible goal in the show's Road to Wembley competition segment.

His family emigrated from Italy to England, where he was born. He has sons named Ennio and Lucio with his wife Amy White.

He was a big fan of Oasis and Noel Gallagher.

Sergio Pizzorno Is A Member Of