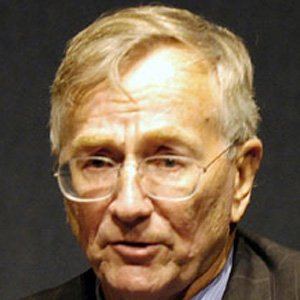 Investigative journalist and author based in Washington, D.C. who has won the Polk Award in Journalism five times. He was also a Pulitzer Winner who claimed the coveted award in 1970 for International Reporting.

He worked at Walgreens for a period after being expelled from the University of Chicago Law School for poor grades.

He won a Pulitzer Prize in 1970 for exposing the My Lai Massacre and its cover-up during the Vietnam War.

He had three children with his wife Elizabeth Klein, whom he married in 1964.

His 1997 book, The Dark Side of Camelot, was about John F. Kennedy.

Seymour Hersh Is A Member Of