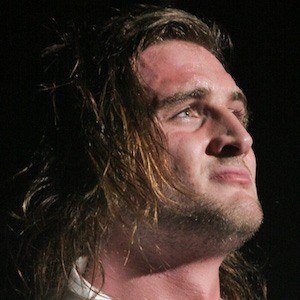 American rock singer who is best known as a member of the band Cute is What We Aim For. The band is known for songs like "The Curse of Curves" and "Teasing to Please."

His band released their debut album called The Same Old Blood Rush with a New Touch in June 2006.

He released a solo single called "Harbor" in April 2010.

He hails from Buffalo, New York.

In 2010, his band covered the song "Dead and Gone," which was originally recorded by Justin Timberlake.

Shaant Hacikyan Is A Member Of