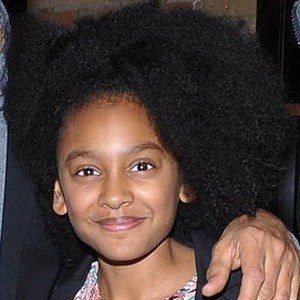 Known for her role in the CBC TV mini-series The Book of Negroes as young Aminata. She appeared in three episodes during its run in 2015.

She began her career as an actress appearing in minor background roles in film and TV. She earned her breakthrough role in 2013 as Kelly in the film The Best Man Holiday.

She starred in the first Canadian Netflix production Between in 2015 as Frances. That same year, she was cast in the highly-anticipated 2016 films Jean of the Joneses and Suicide Squad.

She was raised in Canada by her parents Christina and Maurice. She is of Canadian and Trinidadian descent.

She has appeared alongside Jesse Carere on the Netflix series Between.

Shailyn Pierre-Dixon Is A Member Of