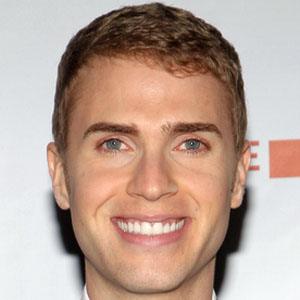 Known for his "It Could Happen to You" YouTube video, this LGBT rights activist also became famous for Bridegroom, a 2013 documentary film that discusses his relationship with his same-sex partner and his experience of dealing with the refusal of his partner's family to accept him.

After graduating from high school in Montana, he relocated to Los Angeles, California.

His partner, Tom Bridegroom, hosted a television show called The X-Effect and also worked as an actor and songwriter.

He grew up in Kalispell, Montana, the son of David Crone and Cindy Bitney. He has two sisters named Elizabeth and Jessica. His long-term relationship with Tom Bridegroom ended with Bridegroom's death in a 2011 accident. He announced in February of 2016 that he and singer Rayvon Owen were in a relationship.

Shane Crone Is A Member Of