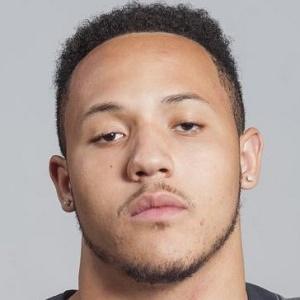 Defensive end who was a Unanimous All-American and the SEC Defensive Player of the Year as a junior at the University of Missouri in 2014. He was selected 23rd overall in the 2015 NFL Draft by the Denver Broncos and he helped the team capture Super Bowl 50 in 2016.

He starred in shot put and was a first-team all-state selection during his time at Bishop Miege High School in Roeland Park, Kansas.

He compiled 120 tackles and 19 sacks over the course of his three seasons at Missouri.

His father Wendell Ray also played defensive line for Missouri. He went on to become a fifth round selection of the Minnesota Vikings in 1981.

He was ejected from the 2014 SEC Championship Game after targeting Alabama quarterback Blake Sims.

Shane Ray Is A Member Of