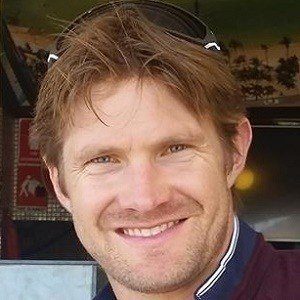 He earned a scholarship to the AIS Australian Cricket Academy and made his domestic first-class debut with Tasmania.

He won four consecutive Player of the Match Awards during the 2012 ICC World Twenty20; he was also named Player of the Series. He was the top-ranked T20 all-rounder for 120 consecutive weeks from late 2011 to early 2014.

He married Lee Furlong, a former presenter with Fox Sports. He has two children.

He was the highest-earning non-Indian cricketer in 2012, behind Virender Sehwag and ahead of fellow Aussie Michael Clarke.

Shane Watson Is A Member Of