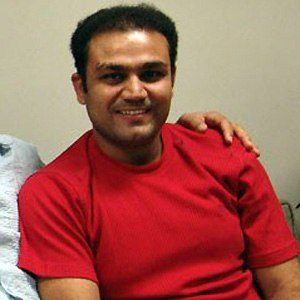 One of India's most aggressive and powerful batsmen, he became the first Indian player to twice be named Wisden Leading Cricketer in the World, winning in both 2008 and 2009. He set an Indian Test record by scoring a 319 against South Africa in 2008.

Known for his high strike rate, even in Tests, he holds the Test record for fastest triple century, reaching 300 off 278 balls. In 2011, he broke Sachin Tendulkar's ODI record when he scored a 219. That record was later broken by Rohit Sharma.

He has two sons, Aryavir and Vedant, with wife Aarti Ahlawat.

He and Chris Gayle are the only two cricketers to score a Test triple hundred and an ODI double hundred.

Virender Sehwag Is A Member Of