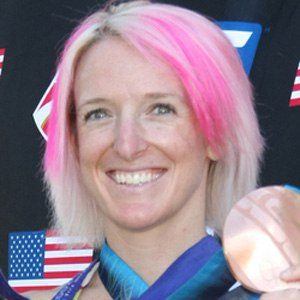 Freestyle skier who won a silver medal in the women's moguls at the 2002 Winter Olympics and took bronze in the same event at the 2010 Olympics.

She began skiing when she was only 3 years old.

In 2007, she started a coffee company called Silver Bean Coffee.

Her parents are named Dick and Trilla.

American teammate Hannah Kearney finished ahead of her to win gold in the women's moguls at the 2010 Olympics.

Shannon Bahrke Is A Member Of