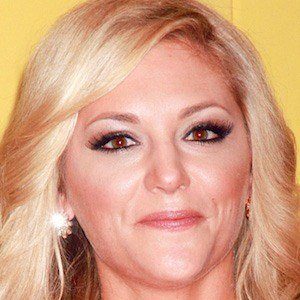 Sports reporter known for her time with Fox Sports 1. She joined the organization in 2010 to provide racing coverage. In 2015, she became a sideline reporter for NFL games.

She started working as a reporter for her high school's TV channel. After graduating from the University of North Carolina-Charlotte, she worked for a local TV station in the city.

She was an elite athlete in high school, winning state championships in diving and swimming.

She was born in New York but grew up in Indiana. She's been in a relationship Robby Benton, who co-owns RAB Racing.

She got into a minor Twitter spat with Pam Oliver after Oliver, who is African-American, commented on the influx of blonde women in sports broadcasting.

Danielle Trotta Is A Member Of