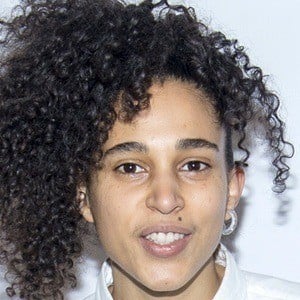 Visual artist who rose to fame in her first solo exhibition called Continuous Line as well as first solo museum show called ARE YOU YOU. Her artwork has appeared in the Brooklyn Museum, Museum of the Contemporary African Diaspora and Bata Show Museum.

She graduated from Central Saint Martin's College of Art and Design in 2003 and moved to Japan where she first discovered performance art.

Her artwork has also been featured in the New York Times' Home and Garden Section, Vogue Magazine and the New Yorker Magazine.

She hails from East London, England. She began drawing as a child.

She worked with Kendrick Lamar on a Music Meets Art Campaign at Art Basel in Miami in 2016.

Shantell Martin Is A Member Of