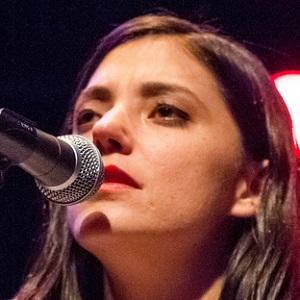 Brooklyn-based Folk singer-songwriter who has made waves in the underground music scene with albums like 2014's Are We There. She has toured as an opening act for prominent artists like Nick Cave and the Bad Seeds.

She sang in her school's choir and studied a variety of instruments including clarinet and violin.

Her career was jump-started after she gave her demo to TV on the Radio's Kyp Malone, who encouraged her to pursue a music career.

She is the third of five children. She has a tattoo of an African violet in honor of her maternal grandmother.

Sharon Van Etten Is A Member Of