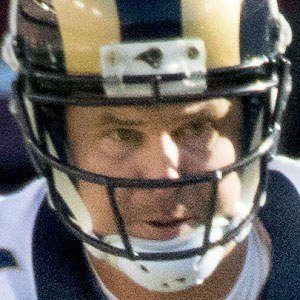 NFL quarterback best known for his years as a member of the San Francisco 49ers and Detroit Lions. He received the Ed Block Courage Award, as voted on by his Lions teammates, in 2011.

He majored in Kinesiology at the University of Maryland.

As a senior at the University of Maryland, he led the Terrapins to their first Atlantic Coast Conference championship since 1985.

He and Boomer Esiason both started at quarterback for the Maryland Terrapins.

Shaun Hill Is A Member Of