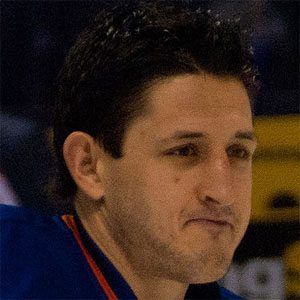 Center who made his National Hockey League debut in 2000 for the Edmonton Oilers and appeared in the 2003 NHL YoungStars Game.

He has a son named Will and daughter named Jade.

Shawn Horcoff Is A Member Of