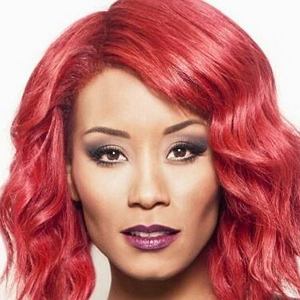 Greek pop star who originally found fame through the band Hi-5, of which she was a member from 2003 to 2005. She debuted as a solo artist with 2011's Resurrection.

She moved back and forth between Greece and Sweden as a child. During her teenage years, she worked at a club in Kavala.

She finished fifth on the Greek version of the ice dancing competition Dancing on Ice.

Her real name is Marianna Hansen. Her mother was a DJ. Her parents divorced when she was six years old.

She was chosen as the opening act for David Guetta in Montenegro in 2011.

Shaya Is A Member Of