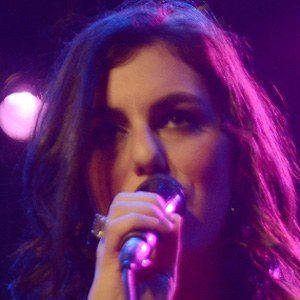 Singer who rose to fame following the release of her debut album Drive in July of 2015. She previously released two EPs titled The Cold Hard Truth and the Dream on Noisetrade and Hey Shayna Leigh on iTunes.

Her journey into the entertainment industry began as a child actor working in commercials and musical theatre. She later went on to try her hand at writing, recording, and performing.

Her music video for "Goodbye July" was released exclusively on Aol. Entertainment in April of 2016.

She has one sister. Originally from Orlando, Florida, she later lived in New York City.

She has posted a number of song covers to her self-titled YouTube channel, covering artists like Ellie Goulding and Sia.

Shayna Leigh Is A Member Of